“This was our first experience of working with VITEC and I can’t speak highly enough of the team there.”

"The Overlake neighbourhood includes many of the biggest names in technology and we are delighted that our new IPTV system delivers an experience that is as slick and convenient as the latest consumer device.”

A simple solution for Overlake to provide patients and staff with managed access to different categories of content – whether VoD, in-house videos, proprietary programming or OTA broadcasts – via a streamlined system that is robust, reliable and simple to use.

Located in the heart of the Pacific Northwest's technology hub, Overlake Medical Center is a 350-bed, non-profit regional hospital. Overlake was founded in 1960 by community volunteers, and still depends on volunteers to support the running of the hospital. It is distinguished for its cardiac and surgical services and regularly ranks as one of the top 100 heart care programs in the country, rated as a top performer in the state of Washington.

The hospital has received many awards and recognitions, both regionally and nationally, and was this year voted by the public (for the second time) ‘Best Hospital’ in a poll organised by 425 Magazine, a local publication. Overlake is currently embarked on Project FutureCare, a $250 million, five-year campus renewal project to ensure it continues to set the standard for overall healthcare excellence in the region.

The cornerstone of Project FutureCare is a newly built, 240,000 square-foot tower which opened in February 2021. This new facility has a new concourse-style drop-off and improved wayfinding, while also offering larger, single-patient rooms that combine the space for family zones as well as state-of-the-art technology. During the design phase, Jeni Connelly, IT Senior Project Manager at Overlake, and technology lead for the new building, realised that a new IPTV system could act as a catalyst for improving patient experience at the Medical Center.

“We evaluated our legacy video system – largely co-axial-based cable TV – and realised it didn’t support the in-room entertainment experience we wanted to offer our patients,” Connelly says. “The New East Tower project gave us a chance to change that for the better. We decided to opt for a state-of-the-art IPTV system as we felt it would be the ideal solution to address our ‘patient experience’ quandary, as well as service the full array of our day-to-day video needs.”

The IPTV system needed to consolidate 350 patient rooms – as well as common areas and a videowall in the entrance lobby – onto a single network, which is centrally managed and supervised. The hospital also hoped to upgrade the existing cable TV system to include video-on-demand (VoD) services, while giving patients swift access to information and educational videos as well as other internal content.

Neurilink, based in Boise, Idaho (with an office in Seattle) was chosen as the AV systems integrator for the project and started work in March 2020, the same time as the impacts of the COVID-19 pandemic began to be felt around the world.

“You could say the timing was challenging,” comments Laura Moorhead, Senior Account Executive at, Neurilink. “But we just had to adapt, as everyone else was at the time. We had such a great team on the project that we just worked through the situation together to make sure we delivered successfully on the project.”

Neurilink worked with VITEC (originally Exterity, acquired by VITEC in 2021), to design an IPTV system that would satisfy the varying demands of the hospital staff and patients alike. The system comprises a 4TB Management server that hosts all applications and devices on the system including VoD services and recordings, and in-house custom channels, including a patient education VoD library. Hollywood movies are also available for patient entertainment, with Pro:Idiom™ encrypted videos streamed directly to healthcare-grade SmartTVs.

The system also incorporates ATSC and QAM Gateways to capture cable TV and OTA (over-the-air) channels to complement VoD and utilise, when required, the hospital’s existing RF system. In addition, an AvediaStream m9605 Media Player powers the video wall in the lobby and provides the ability to seamlessly display 4K video and detailed graphics (up to 4K, 60fps), creating a captivating visual experience on arrival.

Each of the new patient rooms contains a hospital-grade display complete with a simple, intuitive user interface custom-designed by the team. For convenience, the menu is navigated with the ‘nurse call’ pillow-speaker remote so that a single device is all that is needed for the patient to be in full control.

“This was our first experience of working with VITEC and I can’t speak highly enough of the team there,” added Laura Moorhead.

The VITEC IPTV solution has made it simple for Overlake to provide patients and staff with managed access to different categories of content -- whether VoD, in-house videos, proprietary programming or OTA broadcasts – via a streamlined system that is robust, reliable and simple to use. The hospital has significantly improved the patient experience and delivers increased value for all of its stakeholders.

As Jeni Connelly notes, “The Overlake neighbourhood includes many of the biggest names in technology and we are delighted that our new IPTV system delivers an experience that is as slick and convenient as the latest consumer device.”

"One of the main reasons we chose Exterity was that we could get the entire solution from a single vendor. Exterity products are plug-and-play, easy to install, incredibly robust and centrally managed through a single panel of glass. I have also been very impressed by the level of service and support I have received from both RTS and Exterity and look forward to a ground-wide IPTV expansion in the future." 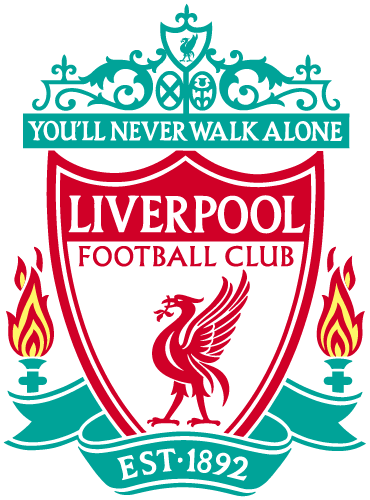