Codecs in Broadcast – Know your Acronyms 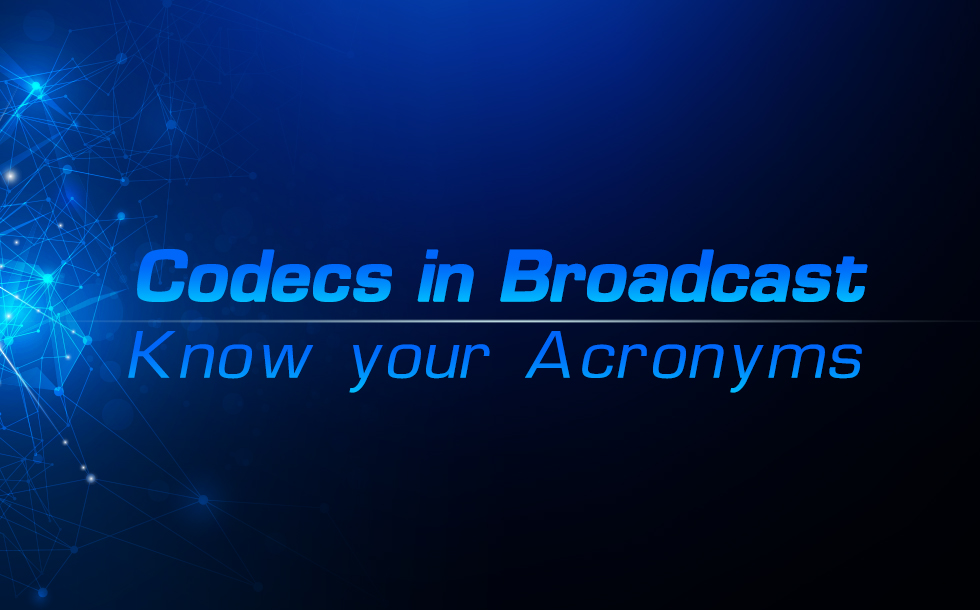 There has been a lot of talk about codecs in the broadcast industry, both proprietary and open standards. But what are they, and why are they needed?

Mark Rushton, Business Development Director at VITEC, and Lorna Garrett, Co-founder and Commercial Director, Garland Partners Ltd, take to the VITEC Channel to tell you what you need to know about codecs.

Codecs are all about compression. A codec reduces the video and audio data stream required by compressing it, to enable better bandwidth utilisation and make a stream easier to manage.

MPEG (Moving Pictures Experts Group) is a body that has released many different standards of codec. MPEG-2 was replaced by H.264, also known as AVC (Advanced Video Coding). This allowed users to compress data by about 50%, reducing the amount of bandwidth but still maintain the quality. Most of the workflow in the broadcast market is using H.264. as its standard.

The next step
The next standard to emerge was H.265 or HEVC (High Efficiency Video Coding). This further reduced the required bandwidth to somewhere between 30% and 50% of that of AVC. This figure depends on the video you are shooting, and certain encoding products can reach that 50% compression figure in certain instances. In 2016, mobile phones began to offer software accelerated HEVC decoding, further increasing adoption of this standard.

So, AVC and HEVC, what’s the difference, and should I upgrade?
To find out more, join Mark Rushton of VITEC and Lorna Garrett of Garland Partners on the VITEC Channel, where they discuss:

Watch ‘Codecs – Too many acronyms’ on the VITEC Channel